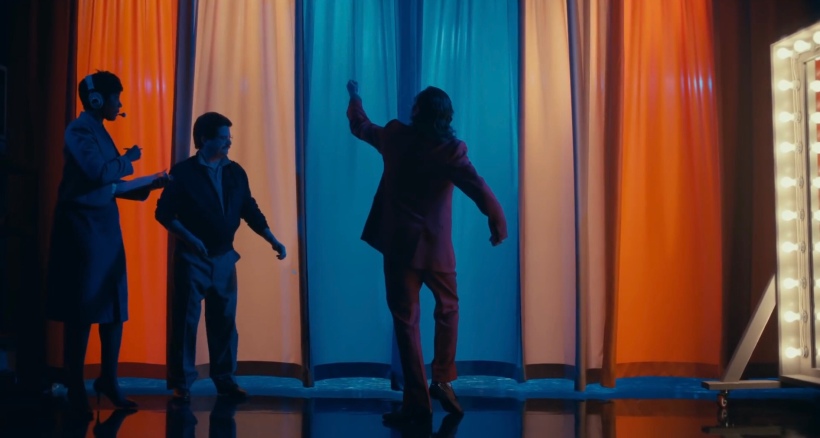 Synopsis: Arthur Fleck, suffering from pathological laughter, struggles to move past a dejected life of hardship in attempt to pursue his dreams while finding comfort and understanding in a world at odds with itself, even to the brink of utter madness.

[The following is a spoiler-free review]

Shocking. Haunting. Mesmerizing. Tragic. These are several of the words that came to mind as I sat and watched Joker, a film that merits all the attention (for better or worse) it has been garnering. It is a film that calls into question many things: mental health, violence, and socioeconomic status to name a few. Certain criticism has painted a fear that this film will stir others to engage in violent and criminal behavior with some even going as far as to insinuate Joker as a dangerous movie. But is Joker as dangerous as some have claimed? Yes, but not in the way that would stir mass surges of crime and riots. If anything, it is a conversation piece that details an intimate and brutal profile of a broken human being struggling to fight back against an incredibly broken world.

Considering the source material upon which Joker is based on, all props and kudos goes to the talented cast and crew for transforming a character long-held with manic madness and diabolical devices into something so raw, human, and even (at parts) relatable. With taut storytelling and technical composition that maintains a tight-grip focus on Arthur Fleck’s plight for survival and descent into madness, Joker aims to not only captivate from a story-telling standpoint, but seeks to tell a cautionary tale eliciting emotions causing discomfort and pressing to ask us why. Throughout the film, it is difficult to not to feel for Arthur considering the heartless systems and human depravity he faces. Even amidst apparent twisted and damning actions, we understand the why resulting in the conflict and discomfort audiences have been reporting and processing since its release.

With violence as visceral as a punch to the gut and kick to the face, Joker is not for everyone and will surely stir unease thanks in major part to a masterful performance from Joaquin Phoenix. His nature and mannerisms are so detailed and nuanced that every blink, twitch, and smile is enough to cut in the sharpest of ways. Unrelenting tension results as we watch a facade brittle and break before our very eyes into a madman we thought we may have been all to familiar with but even so remains shrouded in murky mystery. It’s all too real, and all so relevatory.

In the end, Joker is no joke. Brilliant in its storytelling and character study, bold in its depth and reach, it stands tall with the best. Joker is an instant classic. Masterful in every way.

FreshFilmTakes Hi! My name is Tyler Pacholski. I enjoy writing and storytelling through visual mediums, most notably film. Join me in engaging thought and dialog surrounding any and all things film.